Our roads may well be discouraging people from leaving the car behind, and taking to their bicycles instead. Surveys have shown that it is the perception of how safe cycling is that most influences whether people cycle. More to the point, when given a choice between cycling beside something that can kill you, and cycling safely segregated from it, people will choose the latter. If not offered the choice, they will often choose not to cycle.

Oil is becoming increasingly scarce. As a result, we can anticipate that human-powered vehicles will become increasingly popular. It makes sense to be forward-looking, and provide infrastructure now to accommodate this increase.

Even if you believe fossil fuels will last forever, you can’t deny that as a driver, you like to get to your destination as fast as possible. You may think cycle lanes are the biggest culprits in slowing you down, when they necessitate narrowing of roads or other changes in existing infrastructure. You’d be wrong. The greatest impediment to quick journeys is traffic. The more we encourage cycling, the less traffic those who continue to drive will encounter on the road.

Cyclists take up a mere fraction of the space cars do. The bare truth is that they do drivers a favour by unclogging the roads. 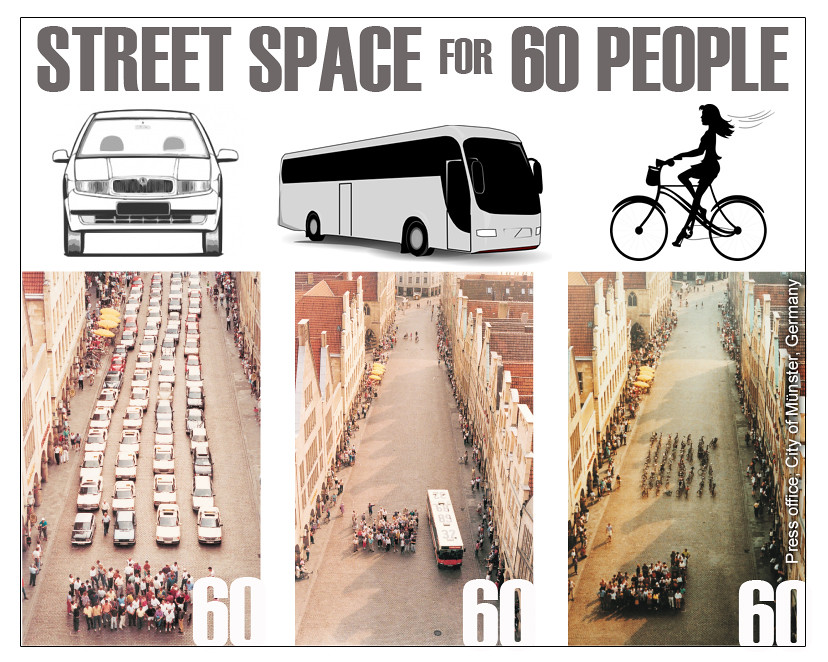 This article expands further on the case to be made for cycling infrastrucutre, and how it benefits all of society, drivers included.